So, yeah, it's that crazy season, and well, I've been M.I.A. due to being super busy with lots of stuff. I want to wish everyone Happy Holidays!!! I'm taking a bloggy break till Jan. 2. I will be back for Frankie's No Kiss Blogfest. Go sign up if you haven't already. Also, Insecure Writer's Support Group hosted by Alex J. Cavanaugh. Go check out the participants and join in. It will be a double post day for me. I'm jumpin' into the new year busy. The way I like it. :) 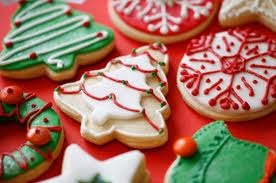 I hope not to eat too many of these. 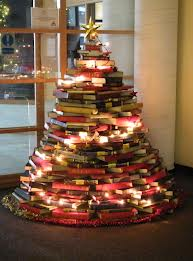 Love this tree. I need to do this.
Happy Holidays!!﻿
Posted by Christine Danek at 7:27 AM

Well, it's the height of the season. Let's face it, you are busy beyond what you would normally be so I will make this short and to the point.

1. I say this every year, I love the holidays, but I don't like my schedule going askew (same goes for summer vacation). I'm trying to learn to enjoy this even though I get grumpy because I haven't written on a daily basis.

2. I tell myself thinking and working out details of a manuscript need to satisfy my creative needs.

3. Check out this link on Micro-tension by Donald Maass. It has a great exercise at the end of the post.

4. I do love baking this time of year. Chocolate chip cookies and snickerdoodles are my fav.

5. My kids will get to see New York this year in all it's Christmas glory. I can't wait to see their eyes light up when they see this: 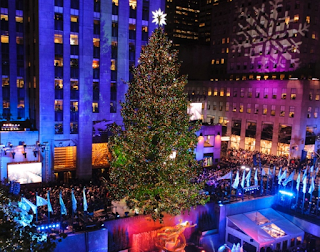 James Keivom/New York Daily News
Do you have holiday traditions you would like to share?
Does your writing suffer this time of year and how do you feel when it does?
What is your favorite holiday treat?
Have a great weekend!!
Posted by Christine Danek at 7:14 AM

Yep, I saw it. I'm behind the times, okay. I have to admit, I was waiting for this one--a little excited even, due to the major battle scene teaser in the trailer. Let's face it, if you are a fan you knew this scene was coming. In a way, I wish this was all one movie. Breaking Dawn part one was not my favorite. I found it too drawn out, making it super obvious that they were doing this to ride out the Twilight name/fame a little longer.

I like the series. There I said it. I'm not saying it's the best written book series out there, but the idea of this is quite fascinating and the movies, whether you liked them or not, brought those characters to life along with this whole phenomenon. I could go into my whole thing with vampires and as much as I love them, I can't write anything about them due to this, but enough on my opinion and issues, let's get to my thoughts about this movie.

First, there will be spoilers in this post. That's right, I said spoilers. If you haven't heard the news, this movie has a twist ending that isn't in the book. Surprise. If you don't want to know, go see the movie and come back.


I will scroll down a little so you don't see it. 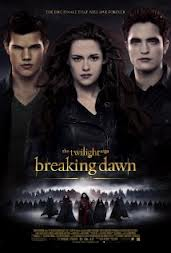 Keep going if you want to see. 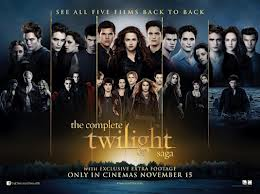 Now, here's my thing. If you saw the movie, let's talk about the battle. Yes, the scene I was waiting for except it's different and when I say different, it's killing off important characters different. I was shocked for a moment, then excited. Of course, I didn't want to see these particular characters die, but oh my, did I love it. All I kept thinking was--this should've have been in the book. There, I said it. As writers we are taught to take chances and the battle took them and it was exciting, sad, let's just say, emotions ran high. But when it all ended, and I mean, all ended, you know where no battle even took place and everything was happy and rosy. Well, a little disappointment came into my heart. Yes, it needs to stay true to the book, I'll give you that. And with all the fans and money, it would've ticked off a bunch of people if the battle really took place. But, wow, it would've left people shocked.

It amazes me how different this book could've been if this scene really did happen. As a writer, it reminds to take chances sometimes. Not everything is fluffy and happy and not everyone will love it, but you never know who will. I wonder if this is what the screenwriters where trying to see. Obviously, they needed a shock factor to get people talking--the buzz, but they kept the die hard fans happy with the nice ending and staying true to the book. Bravo. It makes me want to look at my manuscripts a little differently. I like the unexpected and maybe I should take more chances. Kill off those you would never expect, but end it there and see what happens.

So, I've got lots of questions today:

If you saw the movie, thoughts?

Thoughts on the end?

Do you take chances in your writing?

My daughter's teacher has had her do an exercise in class where she reads a book and must re-write the ending. Maybe I should try that too. It could be interesting.

Have a great day!!
Posted by Christine Danek at 7:36 AM 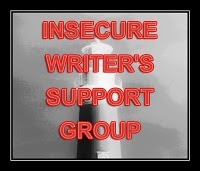 First, thanks to the amazing Alex J. Cavanaugh for hosting this group every month. Writers are insecure and we need all the support we can get. Thanks Alex!

Last night, I went to my yoga class. It's taken me a year, but I finally decided to start going again. When life takes over, I tend to forget to take care of me. As I went through the motions that the instructor so calmly spoke, I started to think. My mind is never blank, it's always in motion. I tried to organize my thoughts, trying to hold on to one. I finally slowed it down, let the stress release, and let my head somewhat clear.

New ideas came through and ideas on how to change or revise other manuscripts made themselves known. I know I wrote a post similar to this last year, when I started yoga. This is a reminder that you have to take care of you. You have to take a moment and soak in the suns rays and breathe. Besides all the hustle and bustle of real life, writing life can be just as nuts.

I'm always trying to keep my writing up. If I don't accomplish a certain word count or a certain amount of pages revised, I feel like I've let myself down, I'm falling behind or missing opportunity. But it shouldn't be that way. Writing is a part of me, yes. I feel empty without it and I try to learn and practice everyday, because I want to grow and write stories that I love with the hope to share them with the world. But I also have to keep in mind that taking care of me is important too. It soothes the soul and energizes the mind. Taking care of yourself can boost creativity and energy.

So with the whole hub bub of the holiday season, take a moment to regroup and take some time for you-- to just breathe and think. You will be happy that you did.

Have you taken a moment for you?

Please go check out the other participants.

Have a great day!!
Posted by Christine Danek at 7:54 AM


The holidays are upon us, well, they have been upon us since September, but now it's crunch time. Here are some things that I have spotted for someone you may know, ya know, someone who is in the writing world. Let's face it, we are a different breed of human.
So, need a gift idea for a writer. Here are some ideas and things that I've seen that might suit your needs.

1. T-shirt. I find this one fantastic. Here's the link to purchase.

2. Books on the craft. Writers are always learning. Save the Cat by Blake Snyder is the book everyone talks about.

3. If you know a writer with small children, maybe offer a time to watch their kids so they can write.

4. Of course, gift cards to a bookstore are always accepted.

5. Know of a writing course a writer person might be interested in? A favorite place they like to go and learn? On the web or local. Gift card, people. If you are local to the Philly area, Musehouse Center for the Literary Arts provides writing courses. Online, check out Marie Lawson's Writing Academy.

6. I just listened in on a wonderful webinar by K.M. Walton on Writing for Children Live. You can purchase gift card and past webinars. Check it out here.

7. Bookmarks. A writer always likes to make a statement when reading.

8. Journals. A writer likes to make a statement while jotting down the best idea ever.

9. Cool mugs that can hold that caffeinated beverage the writer so desperately needs when they are up at 3 a.m. listening to their characters. Want this on your mug. Go to Zazzle to purchase.

10. Chocolate. Best Chocolate in America is from West Chester. Eclat Chocolate, and yes, it's to die for.


Well, there you have it.
Do you have any ideas for writer gifts?

Today, my first page is on Dianne Salerni's and Marcy Hatch's blogs. They both are wonderful and nice. I will admit, I'm scared, so go and give me your thoughts.

Have a great day!
Posted by Christine Danek at 7:24 AM 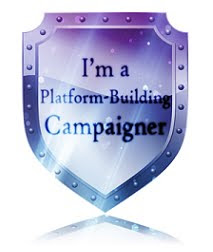